A Week on the Net 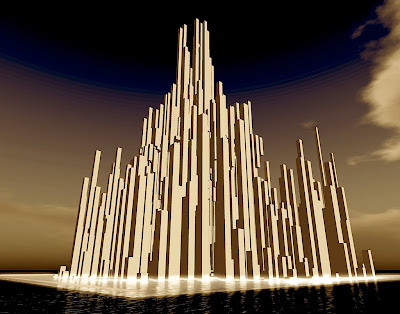 While I've been engrossed in putting a machinima together of my new build, Creative Power, for those that won't make it as far as Inworldz next week, I have had my eye on the latest bits and pieces around the interweb.....

Obviously the local news is dominated by Mesh....(no comment) ... and G+, still, the latest being that Crap got suspended even though he was using his RL name... bizarre... and a post by Botgirl has the G+ hierarchy saying "The online world hasn't captured that natural human experience. We think our software begins to do that." ....that had me in fits of laughter. I was told last week of a new shampoo "respects my individuality" and of a "5 door hatch-back that rewrites all the rules", so I guess software that "captures the natural human experience" shouldn't surprise.

The saddest thing is that these people begin to believe their own hype .... as do all politicians.

Washington is currently the target of a large Twitter campaign by people who have discovered that they have, for once, a voice... #fuckyouwashington is the tag. This is exactly the sort of thing that governments fear, as, although it might be cool to watch a revolution in an Arab country, no-one wants their own population deciding to speak their collective mind with no control.

This latest piece of kit that Washington has ploughed $70 million tax dollar into is the sort of thing that could backfire. The NYT reports about a "stealth wireless network" machine that could bypass the Internet, giving free access to Freedom Fighters (Freedom Fighters are terrorists that Washington approves of). Now, it strikes me that as our home hardware becomes more and more like servers, the day could dawn when we could all bypass censorship and control ... bring it on!

On a more local note Nordan Art celebrated their first Birthday in SL last night. Flora has done so well with her gallery, I think, ... it's the right mix of size and artists to make it a very friendly place to show and view.

She has also published a magazine to go with the event .... here. I tried to tp over there but the sim was full. ... so... I popped over to InWorldz and went to a Meet the Founders party where, yes, all three founders were cutting a rug , taking time out from code to say hi to whoever wanted to say hi back. Nicely arranged by Tiggs...good idea.

It seems like Aurora is coming good after a while when I heard nothing about it much ... I guess all that code-crunching is like pushing an elephant up the stairs, a spiral one at that (stairs not elephant). A report here will keep you up to date. Interesting concept, namely, that somehow, you don't take your inventory with you when you Hyperhop, but just a 'reflection' of it... and, although I have no idea what that means, it could be like a UUI of a UUI...??? One worth keeping up with.

All these things pale in comparison with the tragedies which unfolded this weekend. My soul weeps for Norway.

Amy Winehouse, in an almost stereotypical soul singers demise, is a talent who will be sorely missed.

The feeling of helplessness we feel in the face such major events is a part of being human, but, maybe, inspires us to use each day we have to the best of our ability.