Enemies of The State 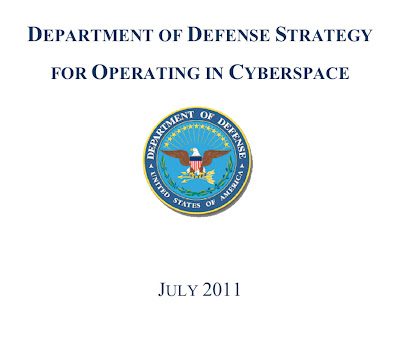 A good 30 years ago the music industry was on it's knees as people started buying tape-recorders and taping music off the radio...things only got worse with the widespread ownership of computers....until the music industry and iTunes found a way to make money again.

Now it's the turn of Hollywood and the TV companies to tremble...but, never fear, the Marines are here....

In an attempt to increase the propaganda against Intellectual Property theft it now seems like the US Army is involved. Stealing images from, say, Walt Disney is now a military concern....

Cyberspace is now a recognised military Domain.....and... ('therefore') ........ “Every year, an amount of intellectual property larger than that contained in the Library of Congress is stolen from networks maintained by US businesses, universities, and government departments and agencies," says the strategy.
“As military strength ultimately depends on economic vitality, sustained intellectual property losses erode both US military effectiveness and national competitiveness in the global economy.”

Ergo.... if you misuse Walt Disney's images you are stealing money from the US Military.

How wonderful for American businesses to have the full might of the US Military to back them up in their petty IPR issues.... that takes some beating.

[Hygiene is such a spooky word when the Army uses it.]

Currently there is no policy of sending a missile to blow up suspected hackers, like Israel does to suspected terrorists, but it's still early days....
In the future we could learn that if you download the wrong thing, they'll bomb you..... that's progress.

So glad some days that I live in a civilised democratic society...