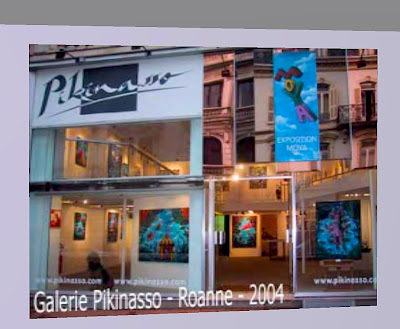 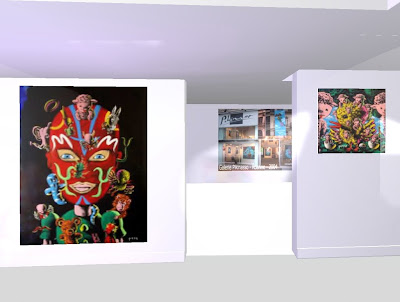 Moya Janus was showing simultaneously in FL and SL this afternoon at the PiRats Gallery and in Roanne, France. Its interesting the way these simultaneous events are starting to become popular. This one seemed very good and well organised, it obviously requires some good organisation, and is good for SL as a whole I think. It would be very nice if the art itself originated in SL, but, hey, you can't have everything all the time.

I, myself, have very mixed opinions about Brooklyn is Watching, but thats partly due to the art commentators themselves, and partly due to the fact that if you don't live in SL, how are you going to be able to understand the culture. Certainly the chaps at BiW have no idea about the difference between a two prim tree and a thirty prim tree, or the difference between a photo and a digital drawing.

I am most wary of the zoo-type situation, and the attitude of the beer swilling viewers, but I may be wrong, I often am. 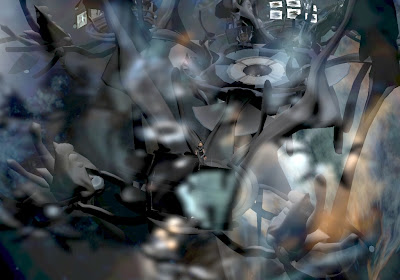 I missed the conducted tour with Kazuhiro Aridian, but had been there previously, Aletheia, to buy my wings, on the recommendation of ColeMarie. If you haven't been then you have missed one of the best bits of SL, I think. This is stunning building, and his avatars are near perfection.