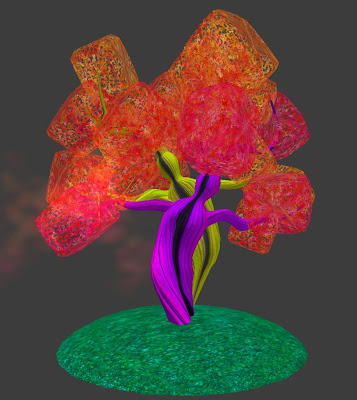 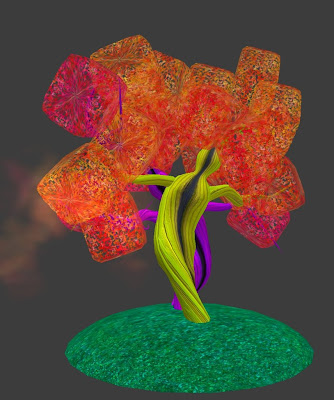 It was Aliz that suggested the name, the Daphne part anyway. Apparently Daphne turned herself into a tree to escape Apollo's advances. Bloody gods....always trying to shag someone or something.... :))

Anyway, the tree is on the beach, and this is not a very good photo because it looks like some strange orange smoke is coming out of the side, in fact there are particles in blue and green, which I didnt even attempt to photograph. You'll just have to go check it out if you are interested.

Kirstenlee Cinquetti has a new shadow Viewer, if you have a PC..... (come on Boys....sort it out).... and Vint Falken
has some good advice for those of you who wanna try it.


In other news.... well NPIRL has a more mature article on the Mature question....

My best friend in RL, a certain "Bill Ellis", painter and musician, now living in Paris, has this to say about censors and gallery owners... "fuck 'em"..... which sounds like a more immature take on the question.

Said, however, with a small shrug of the shoulders, it's really quite Adult.