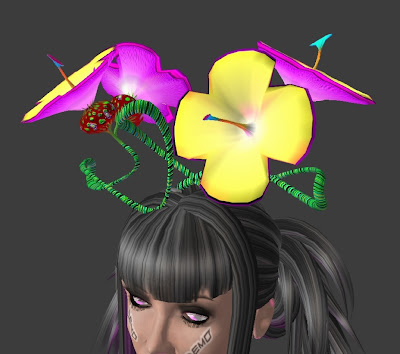 Yes, another headdress, this one is a little less "antler like"
(RANT WARNING) so its easier to get thro those stupid RL style doorways people will insist on building even tho they know we can't walk that well, especially when its laggy.... those people should be given some Award For Daft Building. I love the blog What the Fug which points out how NOT to dress (for those with no idea whatsoever) so maybe I should do one for building monstrosities.... hmmm..
come to think of it.... I tend to tell the builders directly. Which is how the first person who got upset with me got annoyed. Maybe he would have taken it better from an older person, I was only a week old or so at the time. Poor Mr. Stockmarket got very irritated. I simply told him that the stockmarket building was the ugliest thing I had seen in any world.... in retrospect, I suppose that is pretty annoying.
Maybe The Soror Nishi Award.... mmmm ... awarded annually/monthly/sporadically for THE most useless waste of prims...
any nominations, dear reader?? 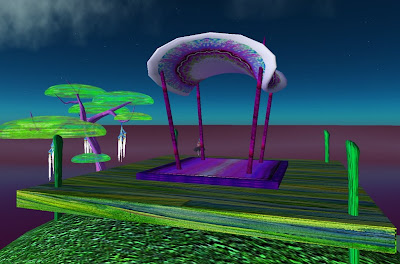 A little pavilion... and 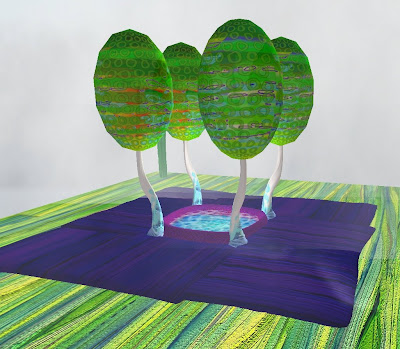 a pool of tranquility seen through the clouds, enough to steady anyones frayed architectural sensibilities, even those as sensitive as mine.