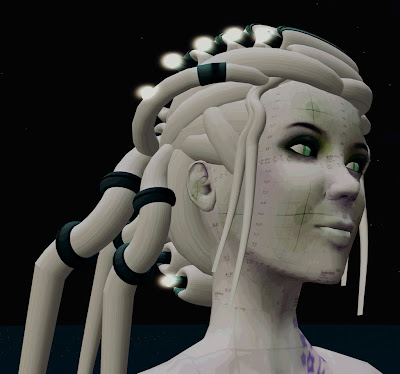 When it comes to festivals linked to certain seasons it is useful to think how and why these things came about before houses , for example, existed... yes, I do believe most of them are that old.

Mankind's place in the cycle of nature is the generator of these celebrations, and Halloween is no exception to this.

As trees and plants die back, at least in this part of the globe, there is little wonder that a festival around the concept of death should have arisen. Before central heating, and even now, a higher proportion of humans would have died in this period of the year than average.

Now death is the greatest transformation that a human would have experienced and that may still be true, seen in nature or in a fellow human it is always a striking event which never becomes mundane. The transformation of one state of being to another is a mystical event and, really, one we still have little understanding of.

The aged female in a primitive group had, maybe still does in some cultures, a closer connection to the cycle of birth and death in smaller social groups than the maiden, bride, wife or any male archetypes, so it is not surprising that she is chosen as the figurehead of the mystery of transformation. This figure has become Disneyfied to the Witch.

The Avatar is the greatest disguise anyone can adopt as far as I can see. We are all shapeshifters in a way that is unparalleled in history.

Previous tales of shapeshifters that have been witnessed, allegedly, have involved possession of the individual by another 'being'... tho this is technically incorrect, as it is an autonomous unconscious element within the individual's psyche which has in fact taken over while consciousness takes a back seat, letting the unconscious do the driving..... a bit like your red ink cartridge bursting in your printer and flooding every image with red.

With an avatar I can shapeshift while 'fully' conscious and don't fall down in a trance when I log off.

This puts us all in a transformative situation, we are all witches and wizards, potentially. The transformation which we are all involved in, know it or not, like it or not, is that which Jung calls Individuation. We are all working towards becoming more human, more complete as humans. The fact that Virtual Worlds can help us on this path is why I have often said that we are all undergoing therapy..

Email ThisBlogThis!Share to TwitterShare to FacebookShare to Pinterest
Labels: Halloween. Transformation. The psychology of Virtual Existence.