Inworldz Community and other bits and pieces.

Whiskey Day, a girl who claims to have committed avicide in SL, (yes, she has a good s.o.h.) leaving her bulging Invent for the wilds of InWorldz, has thrown down the gauntlet to the bunch of people who blog about InWorldz, either totally or partially ...

"There aren’t nearly enough IW blogs yet, and the majority of them are creator’s blogs. Not that there’s anything wrong with that; my best friends are creators. Southie Allen (of {AND}) and I were banging around the idea of a blogger’s challenge. Why not? There may only be a couple dozen IW blogs, and of those only a dozen post regularly… maybe we can stir it up a bit! I’m all about stirring it up."

Now, I do believe that, over the last while I have tried to give some idea of why I have put my money and time into IWz, but, because many people don't read blogs I am still often in the situation where I have to tell people about IWz. Then you have the few loud people who think they know better and try and tell you how crap IWz is...well... I thank Whiskey then for collecting this group of articles about this new grid, so that people can read the stuff themselves and don't have to take one persons word/views into account...

So...to read the results and links to The various posts.. go to Whiskey Shots...here..

In no particular order.... Lalo, a seasoned blogger and new(ish) sim owner... here..

Meta Fret a blog by Mermet has used photos of my island... :))

Walking with Avatars however, has to be my favourite entry so far in this competition, Alex has done himself proud....here.

.... anyway....for those of you too busy to read this partial selection of posts, I can sum up a few of the points which contributors have made... basically, those that posted liked the following..

The Community and the feeling that, like any pioneering venture, we are there to support each other in as many ways as we are able..

The Freedom that comes from taking the financial pressure off, i.e. reduced tier and a plethora of prims (and for me the freedom to build at whatever size I choose) which leads to a richer environment...

The Founders are people who like to come inworld when they have a chance and reply to IMs...

.... and, of course, the builds by talented folk who can really show their stuff.


In other news... well... as I mentioned before the guy building an easy to use Mac version of the local sim download is calling for help, but has made some progress...here..

The most expensive virtual build has been sold recently for $600,000 odd ...more here..

...and I've finished a new tree with a very autumny feel... 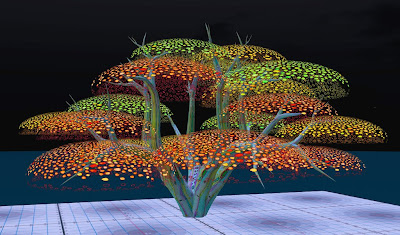 ....I love the copper birch in a clients garden so I just had to... can be seen at UWA this month. 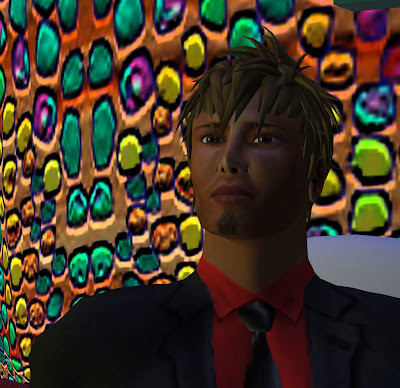 Soki Darwin became the 2000th visitor to Tree of Trees just before it migrated to my Lost and Found. It had 2010 visitors, 5 of whom were Lindens, and many of whom came several times.. some bought their children...nice.

I'm on to my next project which is a little build for a mixed show opening soon with a Christmassy feel.... details to follow.

Have a good weekend...