A Grid for Creators. 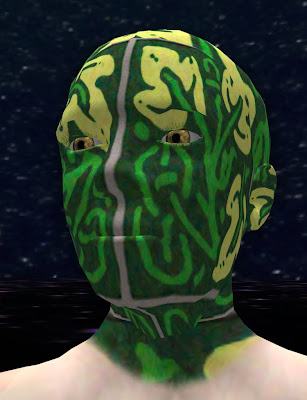 Glyph was at Alchemy (InWorldz) last night with Mouser and I, apparently he has space at Jeri's along with Bryn, Miso, Artee, Scotti ....etc etc and along with Mouser, Nazz, Aliz, Wizzy, Juanita, Eshi, etc etc... my friends list is looking like a Who's Who of SL talent...along with the new people I have met there.... (e.g. more elves and tinies than you can shake a stick at.... not that sticks get shaken, in my experience with Tinies it's butts that get shaken as they paarrttaayy).

Now there has been quite a lot written this last week about Inworldz, but much of it is rather grudgingly positive.

It seems there are many who are under the misapprehension that IWz could never surpass SL in terms of traffic, business, size etc...

I use the word misapprehension because there is a tipping point. The tipping point comes when the trickle, or leak of talent into IWz becomes a flood.

Now, to emphasis my point, just look at what happened to Display Names.. in a couple of days 58000 people signed up for a Dodgy Resident name, as documented via Tateru... here...(many thanks for that list, Tateru).... that is how fast it can go. Obviously it is in no-ones interest that 58000 people sign up for IWz in a couple of days, but....people can act fast when they need to, or feel it is in their interest to.

As LL positions itself more and more to provide a juvenile game audience with a place to spend their virtual bucks the emphasis swings from what traditionally was a grid orientated towards the creator towards a grid that is pro consumer.

The idea that this swing is going to benefit us all is a delusional one. This consumerism is going to be actively directed towards bunnies and other produce from large creators and companies as shown by the weighting of Search towards sim owners. Mesh will also have a similar tendency, large producers will be at an advantage. Those with a large advertising budget will clean up.

As it dawns on builders and creators that they are being nudged towards the back of the queue, a grid that actively encourages and promotes creativity, one run by builders for builders, is going to look very attractive.

...and this is the basic, but vital difference between SL and IWz. It is not stability, not traffic, it might not even be the price of a prim (tho at 13 times more expensive, SL will find that more and more difficult to justify)... the main point is that creators want to be left alone to do great builds.

..and lots of prims.

So, while I understand the “wise” shaking their heads and saying...”well, it’ll never be as good as SL”... I think....let’s talk about this in 3 years time and we will see.

LL could sink SL without a trace, like a virtual Titanic, and InWorldz could become the creative core of the Metaverse.

It depends on who nurtures who.

Email ThisBlogThis!Share to TwitterShare to FacebookShare to Pinterest
Labels: Inworldz