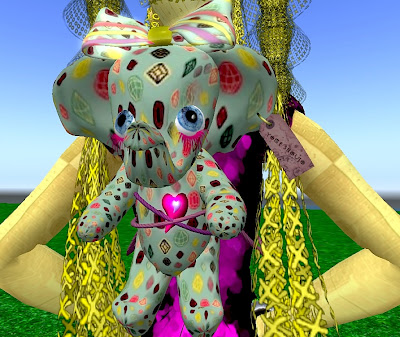 Well, when you have been getting a bit of grief it is even nicer than usual to get a gift from a stranger. Youki Cioc gave me this funny little elephant rucksac which I have been wearing like a comfort blanket. Cute. I popped over to his shop, Yome Shoujo, which if you can't Search is at Cloncurry (176,205,236,) and found a nice skirt which I will no doubt show off at some point.

I go to Hrajukubox occasionally too, I like the fact that Japanese people are a little less "reality" obsessed and have found some strange stuff there (at a good price). 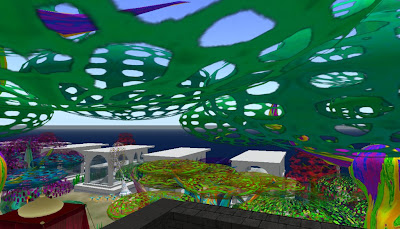 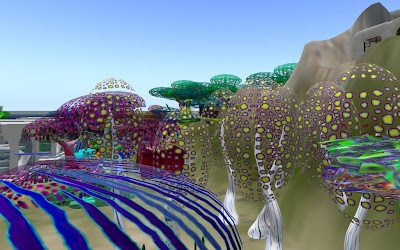 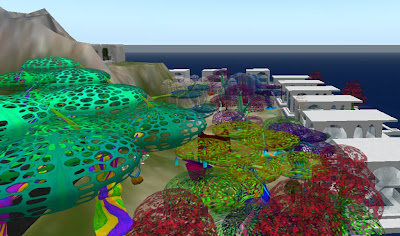 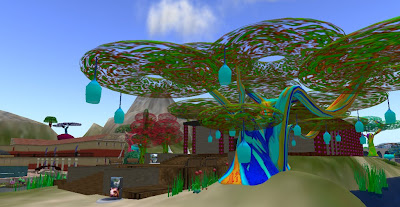 The above photos are all from Phoenicia sim. More than a year ago I was commissioned to do new trees and plants for a sim by Jade Vandyke. Unfortunately the (dare I say) very beautiful result, the Rainbow Forest, was taken and put in his invent while he moved home and job in FL (first life) never to be seen again until elements of it reappeared on Phoenicia.
What is interesting is how much landscaping is about composition... Jade owns full perms on all the trees and plants I made him, and its great to see a property developer using NPIRL elements in his landscaping, but he really should have had them planted by a landscaper....:)))

And again the question of shadows, which I got so excited about last year and which I got all wrong, not realising it was Kirstens viewer, not The Boys who had given us shadows in SL. Welll.... rumours, partially substantiated, abound to the effect that shadows will be coming to SL via the Boys' viewer. Now that will probably mean.... for those that don't have a Mickey Mouse graphics card like mine.... NWN are carrying the story and the links.