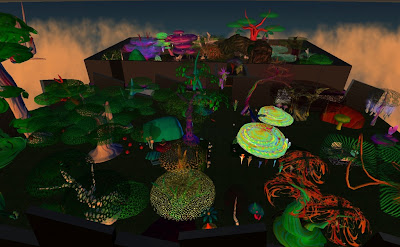 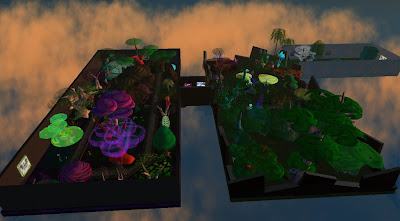 Yes, my shop. Well... I thought I would upload a couple of photos cos ... its on its way out. That's to say, I'm bored with it and i'm planning some radical rethinking of my beach and stuff with the aim to get rid of the 'cloud' shop.
...most of what is on the beach, (should be ALL..), is up for sale, so it seems a bit unnecessary to have stuff in the shop as well.

It started life as an idea to get a friend who was a very good builder, Kaltusaran Moonsoo, to put his stuff up for sale. He was my first building mentor in SL and his stuff was fabulous, (I say "was" cos he's now left) and I had started making a few clumsy things for sale too. The thing is/was he would never get around to selling stuff cos he never really finished tweaking the last bits to his satisfaction. The same thing happened in the shop.

Anyway.... gradually I made more stuff and now theres not room for more than half of it up here anyway, the rest being on the beach and it seems like the beach looks better than the shop, so I'm gonna re-do it. 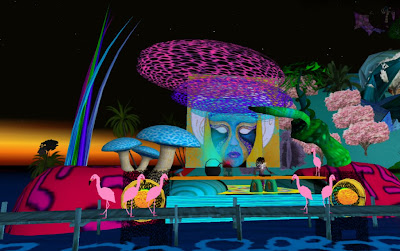