Well, in no particular order.....stuff:

Last week I popped along to Kelly Yap's Newcomers and Friends Gallery ... here.. to see Miso's photography work. Miso is doing a mass of shows at the moment while moving house and probably X number of other multitasking events. Full details of all her 6 shows....here.

...anyway, while I was there I had a look around, and, wow, it's a great gallery. Upstairs I was very happy to see Penelope Parx's sculpture, particularly the Resistance Is Not Futile and the one pictured below... I had not seen them since UWA and was glad to see that I was right at the time (in my own mind (always)) that they are great pieces of work. 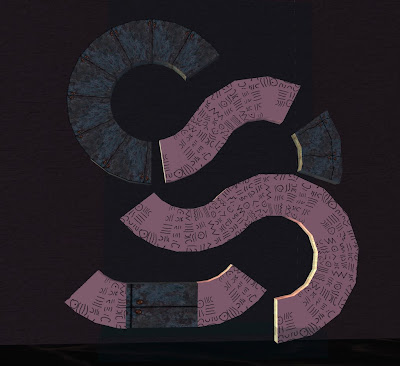 ...I also was pleased to see work by some 'old' favs... namely, Trill, Aliz, Corcosman, Fiona Leitner as well as people who's work I didn't know, the "newcomers and friends".... Neeks Karu, Alcibedes Zemeni, Louly Loon, and others....sorry if I missed a few, but it is quite a collection.
Congrats to Kelly for getting so much good stuff in one place.
I'm gonna be planting a few trees there in January, which will be cool. 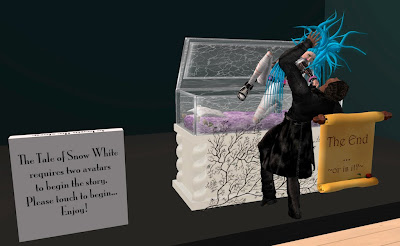 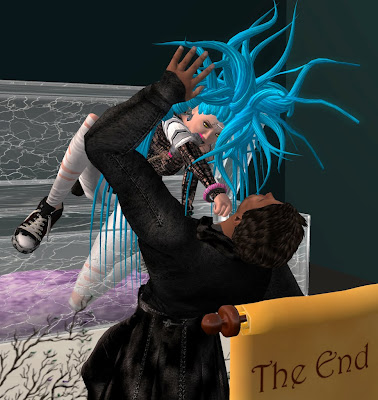 It's by Faery Sola ..:)) very well done. I would be surprised if this doesn't walk away with a prize in the next UWA round.

Well, kissing me while asleep...it sort of reminded me of another Ozzie who got into trouble... Apmel got a video of some of the pro-Assange demonstrations in SL... here.

Further news on RMB City and the new mayor from NWN for those interested...here.

On the InWorldz news round...well, Elenia has posted a personal account of the first months of IWz ...here. I just love the openness of it all.

I was also invited to see YaDNi's new build , he is recreating the staggering cathedral build by Gaudi, Sagrada Familia, a building which in RL is still not finished.. some Flickr photos here.

Then Thirza Ember has been grid hyperhopping with the Pathfinder group in an amazing trip which she documents ...here. It is just a small band of intrepid travellers so far, but they are the real pioneers, currently.

...and for the technically minded...well...Kirsten has more good news on the TPV front with a new release (for Macs too...Kirsten is a gem)...details here, along with an extensive report, courtesy of Tateru Nino, about client detection systems, which some have started to use to protect their shops.. (crap apparently).. details here.

So, plenty going on at the moment,

Email ThisBlogThis!Share to TwitterShare to FacebookShare to Pinterest
Labels: A truck load of stuff