Well, I have been wrong, not news, I know, no earth-shattering announcement.

In particular, I was wrong about Rezzable who have proven themselves, and Rar in particular, to be a true patron of the arts. It is therefore, a sad day to see rezzable dump two sims, high quality builds.....

We are very concerned that the Second Life economy from our perspective (not the 67% of growth part that CEO Mark Kingdon sees) is flat and this “void crisis” will have a very negative effect on non-land and non-porno sales inworld. We further, are not convinced, that Linden Lab is doing anything constructive to 1) keep people inworld or 2) market/promote SL to attract new users. Recent announcement from LInden Lab indicate that the company is focusing on enterprise and government markets were it sees better potential.

but.... we'll hopefully stick it out until someone with a few brain cells arrives as a new CEO..... or it gets taken over, meanwhile my life boat is pointed OLG's way...:)) 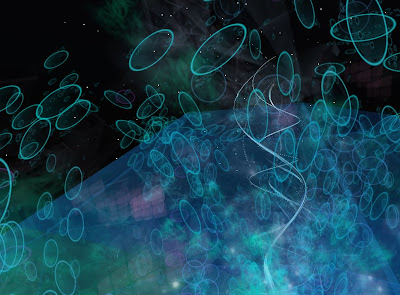 This is The House of String Theory, a build in Summer Seale
and well worth a photo or two
its at: summer seale (224,36,27)