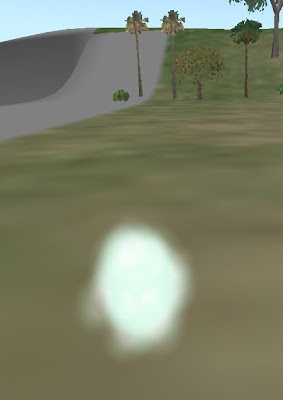 Spent most of the day as a small white cloud, but may get some more done on my appearance later, see if I can un-noob a bit.
lots of people from SL there, somewhat unhappy about the recent stupidity in the brains of those in power.

I have the feeling that, like London or any major city, SL will be like the central hub of the future Virtual Worlds, and the various grids that develop and mature as sub-urbs. The centre of major capitals are normally too expensive for ordinary people to live, and are left for the rich and tourists.
Fine, a destination for day-trippers, but not a place where the creative gather, except for the odd art show, (many galleries will be feeling the pinch), nor a place of manufacture. High-end retail will be the money earner, but if you can get stuff for free, out in the sticks........

Quite a few of my friends have been to visit, which is nice, its good to get out and about. I am quite charged by the idea of new New Worlds. The total lack of shops and things will, hopefully, bring out the creative streak....as in the old adage....blabla mother of invention....:))