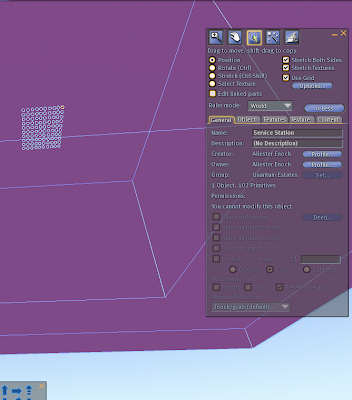 At 4002 meters over his shop Aliester Enoch has 100 bots.....they are one prim avatars that show up on search and on your radar 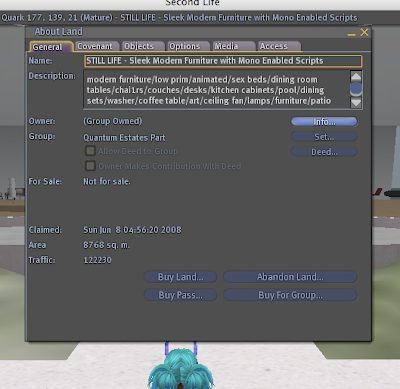 here they are filling my chat box as they do their thing...whatever you can do as a one prim being..... 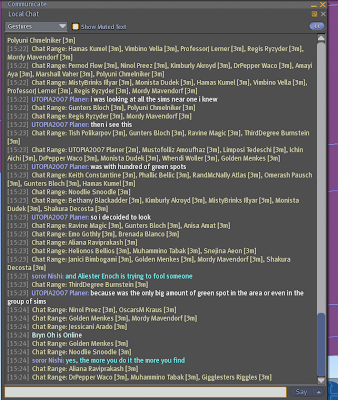 And so STILL LIFE, SLEEK MODERN FURNITURE has traffic of 122000....which may be a bit stupid at first glance..... they aint gonna buy shit from the poor suckers who rent shops nearby.... BUT it gets Still Life to the top of the search list.

So...what has this got to do with me??? well....michael Linden recently admitted to there being around 7000 bots online at any time...

OK...so, bots are as stupid as a toilet seat but not really as useful.

My problem with this situation is: In a situation where Linden Labs are suffering an immense credibility gap (many don't believe a word they say) doesn't it look a bit like a fraud to say there are xxxxxxthousand people online at any one time???

The concurrency figures must also affect Second Lifes perceived value, as a business and as an investment. Allowing these figures to grow increasingly unreliable is an economically destabilising slip...... spin (lies) we expect from political overlords which is why no-one with any sense believes anything any of them say any more (except the naive and frenzied masses duped by huge 600$M PR campaigns) and that is OK by me.

But what is NOT OK by me is to see my invested time and talent squandered by a series of stupid decisions and lapses.

Email ThisBlogThis!Share to TwitterShare to FacebookShare to Pinterest
Labels: bots, spin and lies