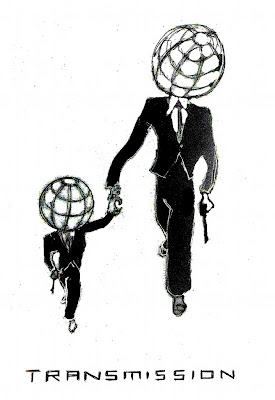 When Pullit was in full swing back in 1991 we had over 300 artists on the books and had the principle of showing whoever wanted to have stuff shown. This was mainly due to the attitude of a lot of RL gallery owners who would only show established artists and then only if you played the Art Game. There were a number of debut shows and some who sold art for a first time. Shows were always a mash-up of art, music, film and performance.

So, last night was a similar event on a smaller scale than our last show back in 1991 when we had a 100,000 sq ft of space to fill and thousands of visitors, it was also, as the name suggests, a chance for Transmission. Transmitting to a younger generation what is possible when a group of artists armed only with passion can achieve.


There was a lot of hugging went on, but, for those of you who read these pages it was the VW connections that are the most interesting.

In 'The Exploding Cinema", a small theatre adjacent to the main gallery a steady stream of art films were to be shown during the evening. I was also able to show a few machinima slotted inbetween the more conventional stuff.

Arm Strom, Leontubruk Beaumont, Mab Macmoragh, Toxic Menges and I had machinima screened to a revolving audience of 20 to 30 people, mostly film buffs.

I was interested, beforehand, to see how our offerings stood up to the world of more traditional methods of filming, and I was very pleasantly surprised.

The quality was in many cases superior on the machinima to film/video camera efforts even when projected onto a screen which was about 12 feet wide (guess), and the sound tracks were at least as good. The Born Again Pagans soundtrack and the slow speed of my InWorldz machinima received a few positive comments.

The machinima, which I took on a memory stick, had to be burnt onto DVD first as someone had forgotten the right cable.

Where the machinima really surpassed the film was in the realm of content. Because of the limited resources than young or amateur film makers have to make do with, their work has to really be good to get over the rather grey lighting and commonplace stage sets commonly available.... and although avatars have nothing like the freedom of movement that biologically based actors possess, they have much greater possibilities in how they look.

There was, though, a slight confusion amongst the more computer illiterate, a sort of "I have no idea of what I just saw " .. a little exaggerated to say it was like screening "Avatar in 3D" to Amazon rainforest natives, but an element of that disjunct between what they saw and how they live, was there.

I spoke to a few small groups about of the possibilities that VWs present for artists and hope I have interested a few to visit in InWorldz.

Some of these machinima may be screened again on the following two Saturdays depending on programme.

Toxic Menges piece was much admired. 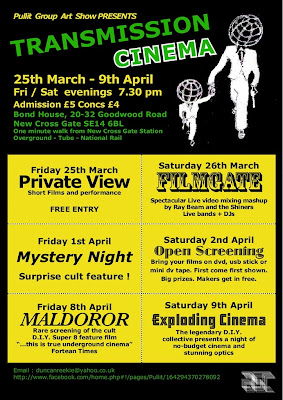 Many thanks of course to the sponsor, ASC studios who provided the space and Duncan Reekie for his work as cinema manager.


The evening ended with a lot of hugging...
Posted by sororNishi at 04:36