Well, you know how it is, sometimes you don't get round to it all and something has to go by the wayside. Unfortunately its been my regular postings which have taken a back seat this last few weeks... as Brinda says..."so it goes"...

Anyway...I have been popping around the metaverse in addition to having my nose firmly stuck in the TV watching the boys and girls in white strutting their stuff on the lawns of Wimbledon ...and what a mess they make of those after just one week. (not helped by people like Djokovic doing a spot of farming with his racket... guess he thought digging up the turf might help...)... 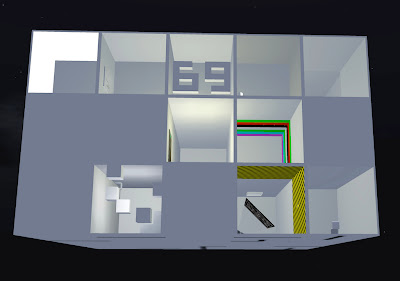 It started life as a 75 day residency at Humlab, Selavy making a new scripted piece each day (mostly) during her term there. It is now like a catalogue of what can be done with a script. There is probably no other build in VWs that shows such a range of scripts or what can be achieved. Selavy is probably the most 'leading edge' scripter we have.

More details on Mab's blog ... here. Selavy has another piece on Magoo worth visiting while you are there ...its at sea level and called Spherical Topography. 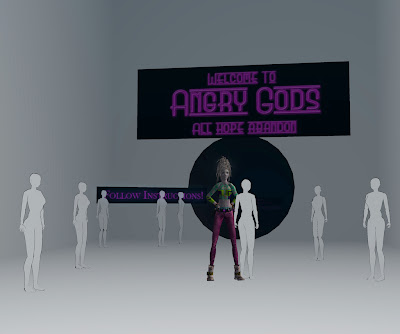 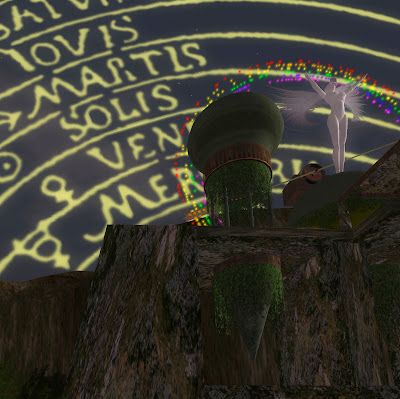 Its your last chance to visit FreeWee's huge build at UWA if you haven't already been. A very large project, Angry Gods will only be there til the end of the month, so, not long.... full details on FreeWee's blog .. here. 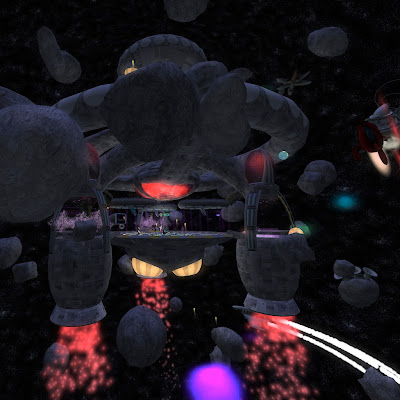 ...and on the subject of UWA, Gingered has become the latest sponsor there, initiating her own monthly prize from funds generated by her DJing skills... she told me all about it as I cut a rug at Manamizic Tryjen (above) which I have posted before... (built by Trinny Mizin) that she wanted to pick her own winners .... great idea.

As I predicted .....not all of the world will go along with America and UK on their attempts to strangle freedom of the Internet, and sure enough The Netherlands has announced...

"A broad majority in the Dutch parliament voted for crucial legislative proposals to safeguard an open and secure internet in The Netherlands. The Netherlands is the first country in Europe to introduce a net neutrality law. In addition, provisions were launched protecting users against disconnection and wiretapping by providers."

...so a good piece of news maybe we will all have to end up using Dutch servers... full story here.

...and an interesting take on The Cloud quite clearly seen as The Future by different groups of people...i.e. Google vs. Apple Cloud.. here.. Apparently a companies CEO and their Techies have a very different take on the importance of Cloud... Dell survey details here.