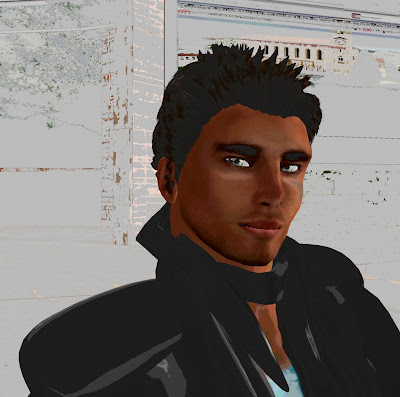 Two years ago, it may be slightly less, Jayjay asked me if I would like to build a little something on the University of Western Australia's new sim.

Art was not really the business that the UWA was in, it was, and is, a university who decided to get a virtual campus for, no doubt, a mixture of PR reasons and because they could.

Today, Jayjay stood on stage and gave away 660,000 L$ as prize money to the best machinima entries in the UWA Machinima Challenge, their third.

So, any talk of sponsoring the Arts in SL, or of endowments is always going to have to, in my mind, measure up to what the UWA have achieved in two short years.

Jayjay is far to modest to take the credit for this, but, in reality it is he who has made this work. Sure he has had help from hard-working assistants and he has an enlightened board of people at the university who have understood his enthusiasm for this project, but, ultimately he has brought the threads together and 'sold' the ideas. He will, no doubt say that it is the artists who should be thanked for their talent and commitment to the project, and that is surely true as well, but, without a liaison officer, someone to transmit the ideas, the prize money wouldn't have been there and the whole thing could have faded instead of grown like it has.

There will be a full list of prizes and winners on the UWAinSL blog, and others will no doubt blog the results. I will simply post the machinima that was, in my humble opinion the best there. It took joint first prize and, within the rules of the competition, managed to bring the Clock Tower ( a signature piece of architecture at the campus) into the story without forcing the issue or simply as a token shot.

ERIC BOCCARA of the Netherlands' piece, called Juroney, was a deserving winner, and congrats to him for his hard work.

Expect a full list here.. once Jayjay has had a bit of sleep...