Now it's always great to resolve stuff in your head, no matter how long it takes, and, sometimes it takes me a while. i have said before, it may take me a while but I get there in the end....

What's this about? Well, a while back I had a long exchange with Alpha concerning "Narrative" after my post called "Narrative is primary....I have my doubts". My concern was that too many words are used to "sell" pieces instead of letting the eyes do the talking.

In a recent excellent post by Alpha on NPIRL blog in which she talks of Selavy's work (02.05.08, I'm a longtime fan).
Alpha makes it a lot clearer that she means Visual Narrative..... Now...the addition of the word visual to narrative has that Zen thing going where the contradiction takes the idea to a new level.... one I can totally relate too. The post is very much a 'must read" for people interested in art, I think.

I was also pleased as punch to find out that she hates interactive stuff too ...."The whole web is a dump site of "interactive" art installations" (Alpha)... because I was starting to think I was becoming a morose misanthrope...hehehhehe


Anyway...all this has happened just a few days after my latest build which is now finished and open for your amusement should you wish to visit.... (SLURL).... and, it was during the making of the piece that I realised what Alpha (and Bettina) were trying to describe.... 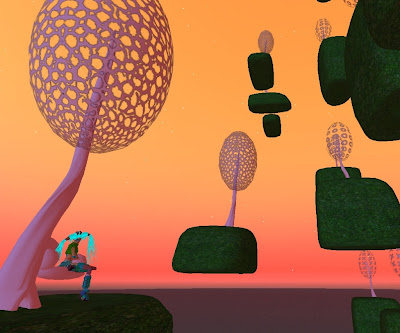 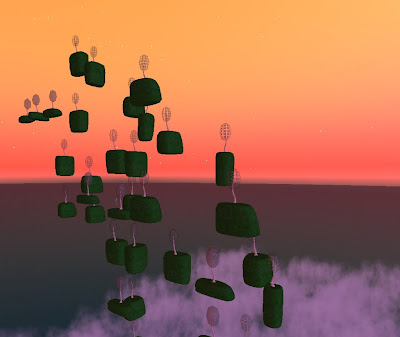 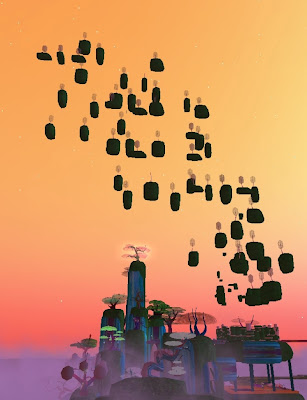 No words were harmed in the making of this piece ... I may even called it "Untitled"... just to reinforce my recent berating of the verbal outpourings of "immersive" art..