The Willow and the University of Delaware 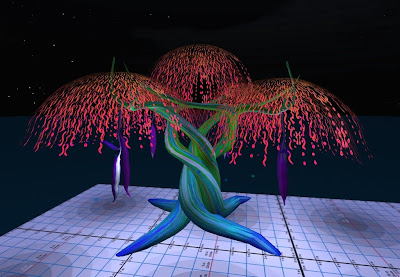 Well, this is my latest tree, almost, I have finished one other since this, but some trees are a bit like milestones, like a good painting you've done. This one is a rather nice one and probably the most technically competent even if it's not the most outrageous design.

It's currently on show at the University of Delaware in preparation of a talk and show they are doing about Outsider Art....... (details to follow here later) Wikipedia has this to say about it:

While Dubuffet's term is quite specific, the English term "outsider art" is often applied more broadly, to include certain self-taught or Naïve art makers who were never institutionalized. Typically, those labeled as outsider artists have little or no contact with the mainstream art world or art institutions. In many cases, their work is discovered only after their deaths. Often, outsider art illustrates extreme mental states, unconventional ideas, or elaborate fantasy worlds." 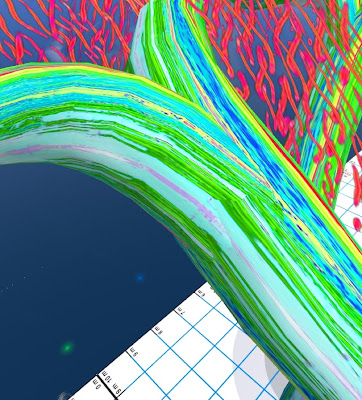 Detail of aligning of prims and tex...... a fiddley process... drives you mad...... makes you an Outsider I guess...hehehhehehe

Email ThisBlogThis!Share to TwitterShare to FacebookShare to Pinterest
Labels: Ancient Ones, Outsider Art, University of Delaware