Sunday stuff after a busy week. 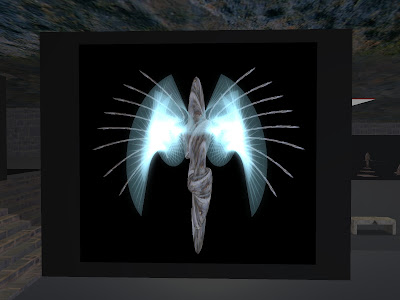 Well, this is how the last few days have gone.... I caught a show by nessuno Myoo at the Crypt (hope thats the right Slurl) which is open til the 10th. There were a number of pieces that I liked which is uncommon for me at a show as you may know, being a very critical person (of my own work too).

He doesn't have such a distinctive style as AuraKyo or White Lebed, but his prim-bending skills are pretty obvious. His piece "Wind Emotion" is very Futuristic (that's a style not an emotion) while his piece called "The Old Guitarist" is reminiscent of Russian Constructivism. The piece "Crazy jazz Sound OK" is a very complicated and well composed piece.

I look forward to seeing where he is gonna take his skills. Worth checking out. 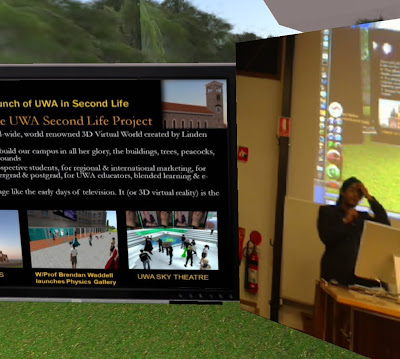 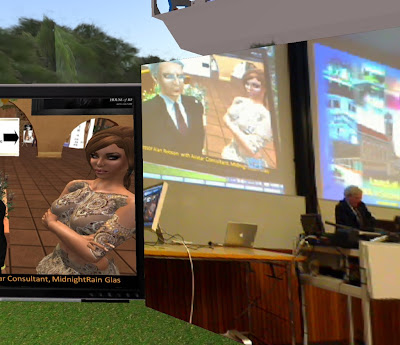 The University of Western Australia had me online before breakfast on Friday to witness the launch of their SL campus where I have built a little bit of garden squeezed in between Glyph Graves and Quadrapop Lane.

They are hosting regular monthly competitions, amongst other things, and I recommend all builders to enter something.


Then.....Friday night had be back at Magoo and the Temple of the Prim for a preview for the NPIRL friends thanks to the continued interest Bettina has shown in my blossoming skills. 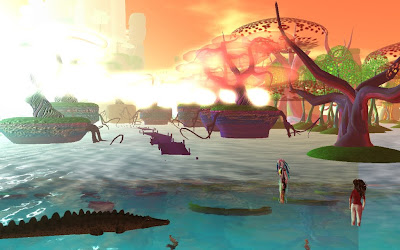 Squiffy Rogozarski entered into the spirit of it all, having arrived as a furry, and nearly drowning, she adapted well, in true Darwinian style, and morphed into a croc. Don't you love it when people use SL for pure performance art. 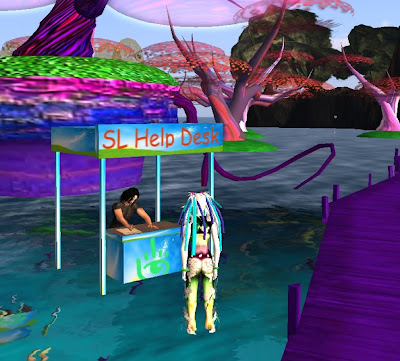 More performance from the hysterically funny Ichabod Cealach. Though his papermache Help Desk finally dissolved in the acid waters of Magoo, he had me in fits of laughter. 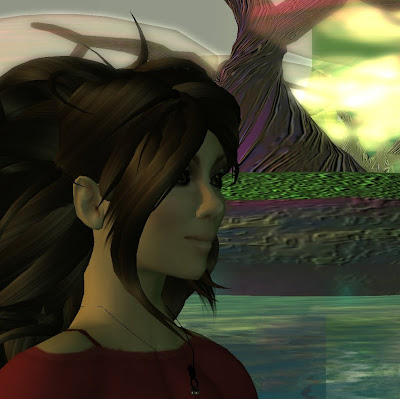 Magoo's lovely sponsor and I found we had a lot in common, particularly in regard to Art In SL and just, well, common sense...:)) 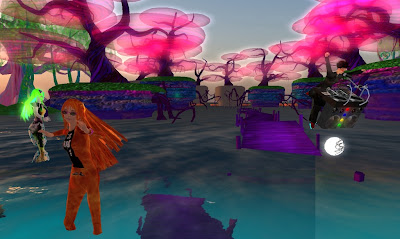 So....Doubledown Tandino played a great set at the opening, thats him on the right (Miso on the left..looking bright and cheerful, and very amusing) hovering over the waters to keep his electrics dry. There was a steady stream of people popping in and saying nice things and it just worked out fine with the Av limit, seems like no-one got shut out.

The Forest of Light got blogged by Ziki, thank you....hehehhe...
....and Mab blogged Magoo, as did astrid....thank you all for your kind words. 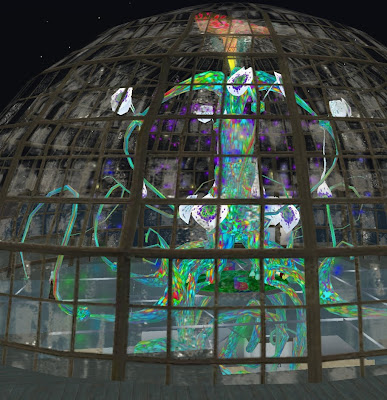 so..... the Day of Rest will be spent at the Space Convention Centre where I am doing a little something for Deutche Info Welt....... more on that later when I know when it's opening. You may recognise a piece from SL6B, but it is much improved....its grown...hehehhhehee...