The Museum of Hyperformalism at Pirats 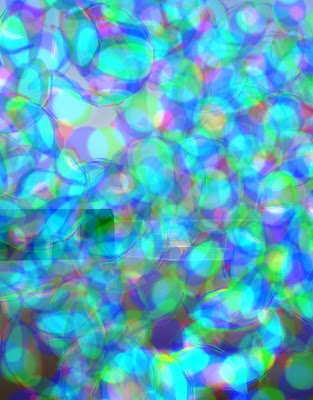 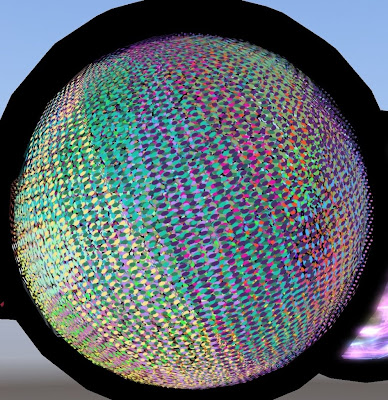 Well, I went along to Pirats last night to see a show of three artists Josina, Werner and Juria.

Well done to Pirats, they put on so many shows, it's a hive of activity. Surely one of the most active arts groups in SL..:))

The show was the brainchild of Dancoyote Antonelli. They are apparently historic works which give us an idea of how art was first shown in SL, well, that was part of the idea, the other part being that Dancoyote believes they all fit together like a triptych.

Basically, I didn't see all three in detail so my comments are purely first impressions, but.......

Anim Smooth Rotate, lol, if there was ever a script that artists should be banned from using....

I wouldn't get three of my old trees out and make an exhibition of them, as Comet said "I don't understand why three good artists would show such old work" ...to which Dan replied.."because I asked them to"...well....fair enough I suppose.

Anyway, whether the random generation of colour combinations thro the rotation of layered alphas is art or not is probably not worth discussing. 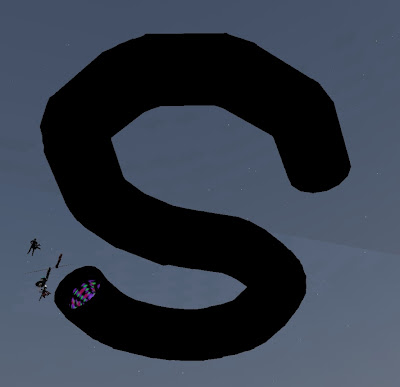 I would, however, strongly criticise anyone who thinks that walking thro this lagged out tube while trying to watch the colour changes is 'interactive'.... there is a reason why the Tate Gallery doesn't hang it's paintings in the Dartford Tunnel in a sort of drive-through gallery.... Duh!

But, personally, the most annoying thing was not the exhibition, it was the notice sent out. This, I feel is a museum piece, a terrible throw-back to those days of intellectual superiority where the confusing language aims to obscure the "emperor's new clothes".

"Each of these installations represents a singular view of formalist abstraction in the virtual hypermedium. The collection of works share both site specificity and dialogic characteristics as expressed in the unique conditions of the virtual space. In the material space, contemporary site specificity has morphed from a critique of the segregated gallery and museum space to emphasis on a conceptual location or vector. Virtual site specificity has unique characteristics in its relationship to the traditional understanding of time and space. The virtual condition compresses time so that all locations are one click away and therefore it takes almost no time to go from virtual location to location. Time as a factor in transit from experience to experience has been folded into space and rendered moot.

The works in this exhibition are dialogic in that they encourage a dialog with the visitor, but an abstract dialog unlike human language, foregrounding the disembodied viewers' relationship to the virtual condition. This dialog is brought about by the literal involvement of the visitor who is required to be an active participant in the work to experience it. The participant is necessary to complete the works and all the works in this exhibition are deeply centered on the involvement of the visitor. And while the works can be viewed passively from a single point perspective as in cinema, this is only a fraction of their intended potential, which is defined by the involvement of the viewer.

The resulting dialog is of a distinctly non-anthropocentric quality. The virtual artifacts in this exhibition speak to the alien conditions outside of the physical gravity world and offer another set of experiences that enter the mind of the viewer from a non-verbal and being level entry point. While this work is all in relationship to the viewer, it is not about the viewer, but about a sense of wonder possible only in this continuum."

This, when broken down, is, I'm afraid pure bullshit. All that is being said here is..." these are SL pieces, SL is different to RL, the art interacts with the viewer".

This is exactly the sort of bullshit that gives art a bad name.... the fact that Dan talks like this does not make it excusable. When I said I had to leave cos the music was driving me nuts.... he said "that isn't music it's conceptual audio".

I have been very critical of hype terminology before, "immersive" being a very annoying fashionable term (like a film or good book is immersive, or my bath) so it is, I realise, a purely personal annoyance.

That the "professions" are conspiracy against the "people" is not a totally stupid viewpoint, this arrogant superiority is scaffolded by unnecessary jargon, and should die like the dinosaurs.